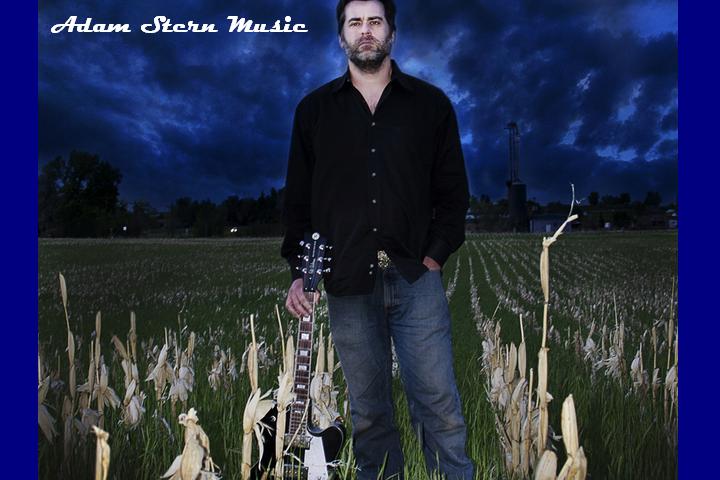 “One of Colorado’s most interesting and versatile guitar players.”
Colorado Music Buzz

“Adam Stern definitely shattered all preconceptions of what a lead guitarist can be.” Westword Magazine

Adam Stern has been “bubbling under the radar” for some time now,  but  with the release of his nine-song instrumental CD Twang Shui  that’s changed. As one  Denver journalist recently stated, “Ladies and Gentleman, I think we may have the next Steely Dan/Medeski Martin Wood here in our backyard.”

A guitarist with ears tuned to music’s past,  present and future, Colorado’s Adam Stern  uses the concept of “roots music” as a launching pad and not a creative prison. Twang Shui showcases styles ranging from angular fusion to second-line New Orleans funk to classic country to full-throttle rock. Thunderous drum ‘n’ bass beats co-exist with ambient acoustic music on an album that is more “song” than “shred.” The emphasis is on group dynamics and overall emotive principles as opposed to yet another hyperactive guitarist blazing through his licks of the week.

Stern is currently one of the busiest musicians in Colorado. Aside from Adam Stern Trio – AS3 – he plays with funk-rock band Double Parked (with members of Polytoxic), Allman Brothers tribute band Mountain Jam and in addition has backed numerous Colorado country artists. He also spent four years working with Leftover Salmon keyboard player Bill McKay (as well as sharing the stage with LoS founders Vince Hermann and Drew Emmitt). Stern has also been featured in numerous large-scale productions including a critically lauded re-creation of Radiohead’s OK Computer album.

Is it ambient electronica? Nashville twang? Philadelphia hardbop? Jazzfunk? Rockabilly? R&B? Those questions revolve around the new instrumental album from Colorado’s Adam Stern and the answer is “yes.”

The 10-song album is named High Country Gentleman and is Stern’s second solo release. Anyway you slice it, Adam Stern goes beyond words to experience with amazing instrumentals that people can relate to.