Where Have All The Flowers Gone? 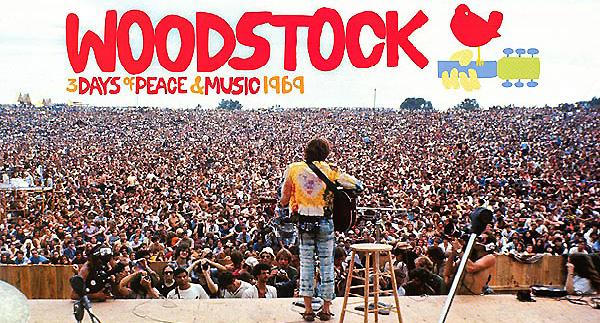 In 1967 we saw “The Summer of Love” gathering speed, setting the stage in San Francisco for a radical change that no one could have predicted. Perhaps Nostradamus and Edgar Cayce saw it coming. And Artie Kornfeld, one of the producers of the biggest rock concert to ever step foot on the planet – Woodstock.

The hippie movement had dropped  into high gear in the summer of 1969 for three days of peace, love, and music on Max Yasgur’s dairy farm in New York. The counter-culture gave birth to anti-establishment ideals and early-tacky clothing. Hair cuts were out and free love was in.

By the time we got to Woodstock we were half a million strong. But right now the Baby Boomers are a bit shell-shocked that “The Woodstock Music and Art Fair: An Aquarian Exposition,” was a big, gigantic surprise nearly 50 years ago. During the rainy days event, three souls passed and three new souls hopped on board to join the “hooked generation.” 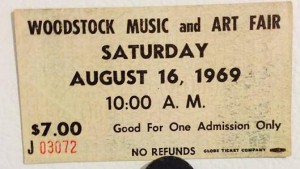 These pivotal events took society by storm via drugs and sex and rock and roll, uniting us under a single thought that astrologers called, “The Dawning of the Age of Aquarius.”

The battle cry of the ’60’s became: “Who am I, what are we?” and was adopted through a telepathic osmosis — or terrestrial thought as a whole — by a generation that was driven to turn on, tune in, and drop out. It also aged our parents who looked on in horror as they thought in silence: My God, we’ve created a monster! Almost 76 million boomers arrived in the U.S. alone. Time flies when you’re having fun, and time is on our side, yes it is…

It should come as no surprise to us that everyone resonates to a much higher frequency and vibration than what we present “down here.” Our joyful noise travels on and on across the universe via sound waves known as music, because there’s just no stopping a great thing.

Let’s fess up that all the commotion we generate is also making waves of a different sort. So perhaps it would be in our best interests to see to it that any potential receivers “out there” are only picking up good vibrations. Making contact of any kind should be something we would all love to write home about.

Say The Word And You’ll be Free

Crosby, Stills, Nash, and Young composed a song called “Music is Love,” which pretty much summarizes the stuff everything is made of. Word on the street is that a child prodigy will excel in math or music, denoting an inner child’s need for a never-ending stream of “Vitamin M.” Either way, mathematicians will ultimately narrow it down to “everything is one thing,” revealing the simplicity of oneness. Most scientists agree that everything came from one thing, which means the truth about us is the same. And Spiritualists teach that oneness is sublime.

Ironically, acknowledging that content trumps form does not help the technicians recognize the unity that binds us all together, and establishes the unalterable rule of oneness. This revelation still seems a little too far-fetched to be accepted by intellectuals, which is why we need musicians who do not know how they know, but happily deliver the goods anyway. 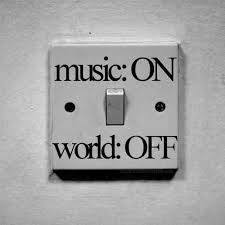 As messengers, musicians everywhere will be the first to admit they use words, or no words, to let us know beyond a shadow of a doubt that we are all one and love is the answer. Language presents no barriers when feelings of joy and happiness are so evident in the vibe of a song.

Talkin’ About My Generation

The reason music strikes a chord so deep within us is because it is in tune and perfect harmony with everything that is. Music is an invisible, intangible force that elevates us to our inner sanctum — just like love. With zero degrees of separation, the sound of music is what gets our attention, draws us all together, and heals our hearts as one — ask anyone.

Music isn’t just attractive to humans. Animals are clearly stimulated and soothed by love as well. Birds dance, cobras sway, cats swish their tails, and dogs are known to sing along with their masters. Horses prance and elephants set their massive heads and trunks in a pendulum motion to beautiful music. Birds sing, bees buzz, and the earth vibrates with babbling brooks while trees rustle, wolves howl, and the wind cries Mary.

The original instrument humans had is the beating of a heart. The heart stretches and rolls with every heart that beats as one. The first vibe and sound we experience is the heartbeat of our mother, calling us to feel connected and at peace. Our divine essence is perfectly in tune with the ebb and flow of the symphony we all hear as we make our way through this world.

Music is one of the only things we will listen to en masse as it moves effortlessly across all barriers we have established to lay claim to what inherently belongs to everyone. And it’s one, two, three, what are we fighting for?

When we’re down and troubled and we need a helping hand, count on a bunch of pot-smoking musicians to save the day. They can put on world-wide concerts that our governments could never organize, providing a serious band aid when and where it is needed the most.

Show Me The Meaning Of The Word 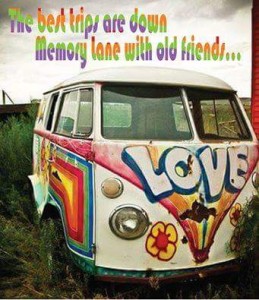 Musicians are great keynote speakers because they don’t have an agenda. Their only function is to share their gift and lift us all as one. It is working. Songwriters and composers use their art to reflect what people are thinking and feeling. Lyrics speak loudly and clearly of political and social unrest, while songs remind us how to live our lives, what choices we can make, and how to deal with emotional struggles.

Music also elevates us to another place and time. It generates a one love, one heart vibration that serves as a constant reminder that we are all in this together. Nothing seems to slap down the establishment in such a loving way as music, as it reflects the angst of young people who are dealing with inequality and oppression. It also heals wounds and gives us more hope than anything else in the world, reminding us to release ourselves from mental slavery.

The Sounds of Silence

It seems preposterous that there is so much conflict on our tiny planet. Our task lies in healing the core issue that makes the illusion of separation from love seem real. And history would not keep repeating itself unless we were making the same mistake over and over: We refuse to love one another.

Gracing the cover of the Woodstock LP, Bobby and Nick Ercoline are still “Happy Together” and living in Florida.

Still, the world is making great strides in the right direction. Carried on the wings of love, millions of gifted artists express the beauty that rests in each of us. With all the Karmic deals going on, let us be willing to release the issues and beliefs that keep the problem unresolved. Regardless of the path we choose, we still arrive at the only destination there is. And we can either take the long way home, or be here now.

Turn to songs in the key of life and recognize that loving our neighbor is the same as loving ourselves. And in the end, the love we take is equal to the love we make. Love is the Answer.

If you enjoy our posts – please love us on Facebook  join in the discussions, and share with your friends. There’s enough love for everyone!! Thanks for reading…

Join us for Highest Self Healing Radio  Thursday @ 9 AM PST on Indie104.com as David Patterson, Mark Maverick, and Carmen Allgood talk about Energetic Medicine and how to clear dis-ease from the mind and body. Free clearing in every show.

This is a collection of videos of most of the artists who played at Woodstock in 1969. Take a stroll and finally make it to Woodstock!