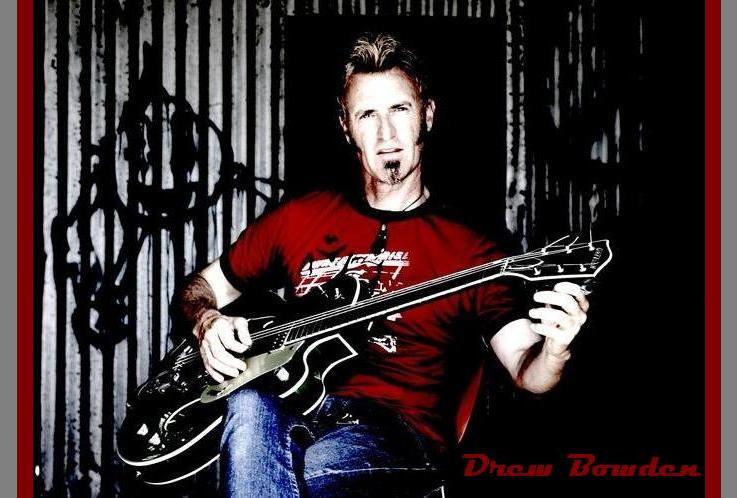 No stranger to the indie pop scene, Bowden shimmers with transcendental rhythms and an underground feel to his music that is spell-binding and lofty.   His music takes us on a fantastic voyage of the surreal that compels you to wrap your mind around his message and drift along with his trippy musical phrasing.

Drew Bowden is a New Zealand born singer/songwriter/guitarist/producer based in Torquay, Australia. He writes songs from the soul infusing rock,blues,folk & pop into songs that concern our future on this planet to breezy love songs. His acoustic-blues based guitar playing combines tasty electric slide, and biting riffs that firmly connect, revealing more with every play.

He has released four albums which have had songs placed on NZ/Australian radio, syndicated radio shows, and TV shows worldwide.

“With a style similar to other surf-rock crossovers Donovan Frankenreiter & Jack Johnson, Drew Bowden writes songs that easily competes with theirs and at times is better. His music is intensely personal and entrancing. He not only has a fantastic voice,but is a talented guitarist as well. “Be Still” is one of those hidden gems that deserves more exposure. Bowden’s music is worthy of recognition for its simplicity and unassuming beauty.
– Steve Asplin

Winner of the Golden Wave Award “This artist is a force to be reckoned with, and will surely make a big mark in the world of contemporary poets who reveal the bigger mysteries of life and make all seem right with the world.  Run, don’t walk, and pick up Bowdens’ material to make your life complete.”
– Carmen Allgood