The Evolution Of The Sexual Revolution – Part 2

Everything in the early to mid-1900’s seemed to be sinful. By definition sin = lacks of love. Prohibition kicked into high gear in 1920 and underground speakeasies ran rampant through the modern world. Oddly enough, marijuana was legal but alcohol was suddenly taboo.

Nudge-nudge wink-wink meant liquor by the wink while women started flapper madness to replace the 100-year-old Moulin Rouge Can-Can. This coincided with progressive women flapping their lips and getting the right to vote.

The 20’s roared by in no-time-flat and uncovered a mutual attraction that moral society deemed improper and satanic-driven. The train just left the station and we were all on it.

In the 1950’s, sixty percent of women were virgins at marriage and nearly ninety percent of American women believed that it was sinful for a woman to engage in premarital sex, even with the promise of marriage. But will you love me tomorrow?

The first birth control pill, Enovid, hit the market in 1960 and radically changed the ability of women to control their reproductive rights, with or without the permission or awareness of their sexual partner, church, or their own mother.

The Pill allowed American women to postpone marriage and motherhood while remaining sexually active. This also allowed women to secure their position in the work force and leveled the playing field somewhat for men and women to complement each other on all levels. 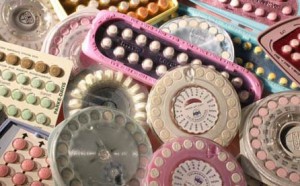 While the Pill allowed Western women a new found sexual freedom, it has done little to change the policing of female sexuality for most women in the world. We still look the other way when women and young girls are stoned to death for “tempting” men to abuse and rape them, or suffer through genitalia mutilation.

Even in the United States, a Rape Law in New York was still in force in 1983 stating that a woman could not be raped by her husband because she had no right to say no. We have not really come a long way, baby.

In the same way that Chinese women were subjected to foot-binding as a means of control, the undergarment world of chastity belts, coupled with the forbidden fruits of prostitutes and mistresses for men who insisted that their wives be chaste, leads us to believe that the lop-sided desire for sex and double-standards really screwed things up for the world.

All things being equal, the world will never experience peace until men make peace with their feminine side. The quickest path to this revelation is to recognize that we are all male and female, for we were created in the image of our parents who are male and female. In the deepest sense this is precisely what spirit matter – Love – is made of as well.

As an expression of release from the shackles of puritanical teachings, women in the early 1960’s decided to let it all hang out and literally burned their bras. This brash statement was used like a megaphone to initiate equal rights for women, and was certainly an eye-opening experience.

At the same time ”Up With Mini Skirts” gave rise to platform shoes, nearly driving men over the edge with elation since their conquest for sex would be a lot easier because the girls were ready, willing, and able. Equality is moving things right along. 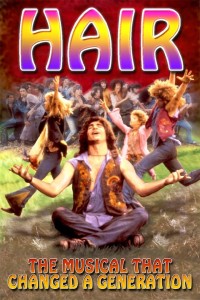 Give me it down to there! Hair!

Rock operas like Hair and Jesus Christ Superstar were pushing the envelope and uniting people to rise up and look at love as a possible solution for every problem. In the eyes of love all are equal.

Toss in the lovable, pampered, and crazy Baby Boomer generation who turned on, tuned in, and dropped out, and the world hasn’t stopped flipping yet. The beat generation unleashed the 1967 Summer of Love replete with drugs and sex and Rock and Roll, while “Make Love Not War” became the battle cry of the ‘60’s. Lucky for all of us — there is just no going back.

In 1973 a “streaking epidemic” hit campuses all over the United States. College kids were taking it all off and being chased by cameras and police alike, all part of the yearning for freedom. This sort of liberation is reminiscent of little kids rushing out the door in their birthday suits and hauling-ass down the street.

This practice initially got its start in the early 1800’s. The first recorded incident of streaking by a college student in the U.S. happened in 1804 at Washington College, but never received the fanfare or press as the outrageous streaking in the last century. More than likely it was too embarrassing and sinful to mention in the press. For the real skinny, photobombs, and history of Streakers check this out!

Streaking has since slowed to a snail’s pace but could reinvent itself at any moment. A more contemporary form of streaking is now called “sexting.” Just a sweet reminder that we were born naked, die naked, and the body is nothing to be ashamed of. Don’t look, Ethyl!

The world witnessed its first Gay Pride March on June 28, 1970, and hasn’t looked back since, in spite of the continued uproar over the legality of such a state. Ireland was the first country to let the people speak with their votes about legalizing love for everyone, giving a big nod and thumbs up for same-sex marriage.

A couple of weeks after the Luck of the Irish vote, and in a landmark decision on June 26, 2015, the United States Supreme Court deemed same-sex marriage constitutional, sparking a debate destined to rival the divisive nature of abortion rights. This decision became federal law immediately. The American Republican political field promises to fight this ruling tooth and nail, but for the moment, love wins again.

All told 20 countries have legalized same-sex marriage, while many other countries provide some protection for gay couples. At the opposite end of the spectrum there are about 80 countries which forbid sexual intimacy between non-heterosexual people, with eight countries willing to impose the death penalty for transgressions. We still have some work to do here.

Aids: The Tail End Of The Sexual Revolution

Sexually Transmitted Diseases (STD) have been around for thousands of years. Not only can sex make us sick, it has reached a stage where it can kill us and has managed to do so in droves. Nearly 40 million people have died from Aids since 1981.

Gay men seemed to take the brunt of this new onslaught that ran rampant during the 1980’s. But the rest of the world quickly discovered that this auto-immune disorder could transfer to women and their unborn children, as well as those swapping bodily fluids or sharing dirty needles.

Aids brought a new form of natural selection with it by increasing our awareness of sexual responsibility. It fortified our psyche to not waste this energy, but to carefully elevate it for a final union with the Source of Love Itself.

In the last 100 years the sexual revolution has finally come of age, showing the first signs of our move towards chastity that will blossom into non-physical union through Astral Sex. If we can dream it or imagine it, we can manifest it.

The 1985 flick Cocoon revealed such a phenomenon in a swimming pool scene when Tahnee Welch showed Steve Guttenberg a thing or two about Astral Sex. It was simply out of this world. 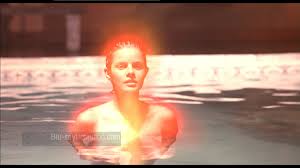 Astral sex – up up and away!

Like telepathy, astral sex is becoming the norm as we reach out to leave the physical experience behind in favor of spiritual thought. We already recognize that love is not bound by bodies. All of us can extend our love to include everyone regardless of time, space, or distance.

Most people who are aware of having astral projections will admit that it seems to be unintentional and not something we can do at will. Perhaps this is simply our subconscious calling us to rise above the mundane earthly experiences and extend into the higher realms. Everyone has the ability to project at any time and not be bound by the body or a physical plane, primarily because love is thought.

Astral unions are designed for soul mates or twin flames to overcome all limitations, especially fear and death of the carnal body. This type of union cannot become a form of abuse as it is as close to the stuff that spirit matter is made of as humanly possible.

The Evolution Of Chastity

With nearly 50% of the population abstaining from sexual intimacy, Japan is leading the way towards celibacy. Japanese between the ages of 20-30 are part of a new “celibacy syndrome.” The country has one of the lowest birth rates in the world, which has dropped nearly 60% in the last 20 years and is still in steady decline.

Certain factions of religious organizations take vows of celibacy, and clergy are considered married to the church. Aging populations often move into celibate lifestyles and relinquish their investment in personal, special relationships. Our desire for true liberation is on the threshold of boundless capabilities, spearheaded by transformational illumination through universal love.

Coupled with this amazing phenomenon is our present and expanding ability to take natural selection to its highest high. And use it to bypass all earthly desires in order to have a perfect union within our perfect dream, founded on the realization that Love is the Answer.

Join us for Highest Self Healing Radio every Thursday @ 9 A.M. PST on Indie104.com David Patterson, Mark Maverick, and Carmen Allgood talk about Energetic Medicine and how to clear dis-ease from the mind and body.

A Dream Goes On Forever

A million old soldiers will fade away
But a dream goes on forever
I’m left standing here, I’ve got nothing to say
All is silent within my dream