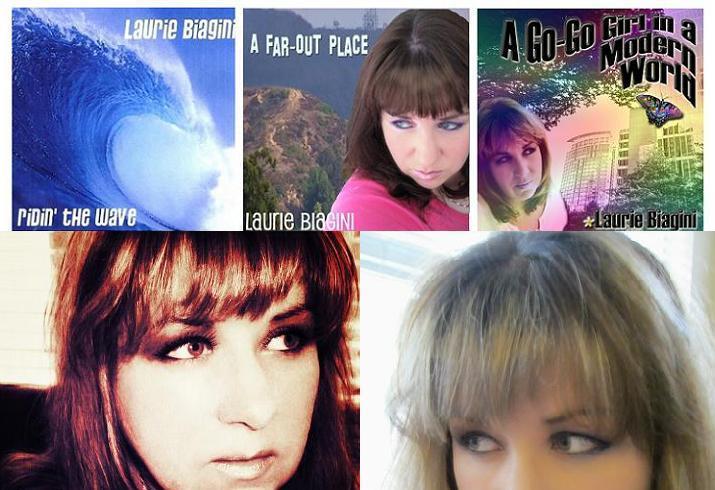 Laurie  Biagini is a songwriter/singer from Vancouver, British Columbia Canada, whose music would appeal to fans of 1960’s California sunshine pop. Her sound and compositions have been compared to The Beach Boys, The Mamas and the Papas, and Jackie DeShannon. Her main influences include these artists along with The Beatles, The Byrds, The Monkees, The Turtles,  and Jan & Dean.

Playing piano by ear since age five, and with ten years of classical piano training, Laurie started writing music in August 2006. Since then, she has completed and released three albums:

Most of Laurie’s songs have been written, composed, performed and recorded by herself. The latest album features some guitar tracks from Fabrizio Serrecchia (Italy) and Peter Hackett (UK), lyrics on one track from Elaine McAfee Bender (USA), and one track with lyrics co-written with Maxi Dunn (UK) and performed together as a duet.