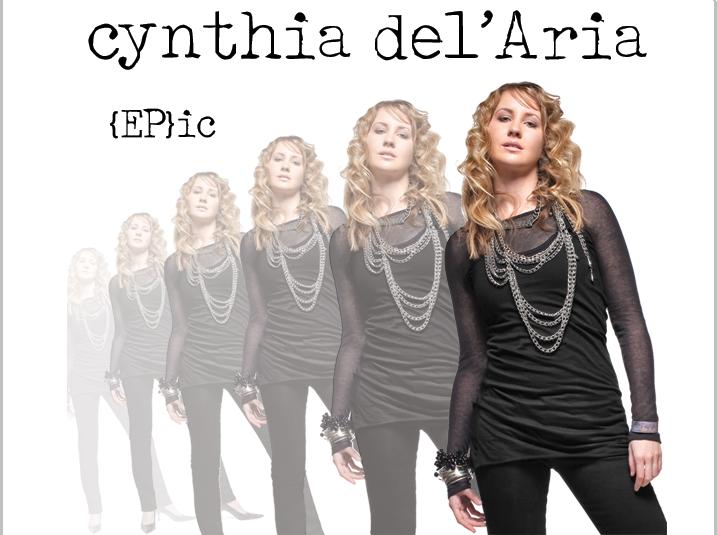 Cynthia Del’Aria may be an exciting new talent on the rock scene, but she’s been sharing her astonishing voice with the public for more than a decade. Del’Aria started singing when she was 6 years old and was performing solos and harmonies in an adult choir before her 9th birthday. Throughout her “tween” and teen years, she sang professionally at weddings and performed in musical theater productions in California and Colorado. Her fresh face and dynamic stage presence have also landed Del’Aria roles in film and television productions.

In 2003, Del’Aria began writing original songs—and quickly discovered an innate connection with rock music. Influenced by the power and energy of such legendary female rock vocalists as Pat Benetar, Stevie Nicks, and Joan Jett, Del’Aria found herself writing songs in a classic rock style. She tends to write songs that “are loud and fun—and make you want to dance.”

Her two newly released original singles – Rock Your Body – a rock dance tune and – For Once – a powerful rock ballad – are already generating a buzz among industry professionals and devoted fans. Eagerly anticipating her opportunity to complete an album and go on tour, Del’Aria passes the time (and pays the bills) as a software developer. A consummate entertainer with a sharp business mind, Cynthia Del’Aria is poised to take the music industry by storm. bookings@cynthiadelaria.com