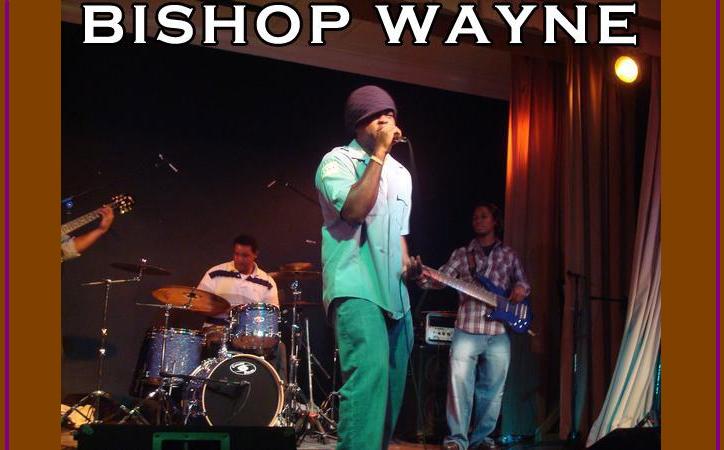 Bishop Wayne hails from St. Croix, in the beautiful U.S. Virgin Islands. At the age of 9, he moved with his father to St. Petersburg, Florida and made the short trek to sister city, Tampa, his home.  He grew up listening to the varied sounds of Bob Marley, Maxi Priest, Shabba Ranks, Mary J. Blige and New Edition. These influences pushed him to create his own brand of alternative R&B. He defines his music as having “no limits or boundaries.”  Writing about intimate affairs such as relationships, his music evokes a common spirit for his listeners to overcome their own personal issues.

His love for music was sparked when he began performing backup vocals for his father’s band, an experience that led to writing and performing ‘Dance Hall’ music, and for several local acts in St. Croix, which was just the beginning of his musical accomplishments.

To date, his musical distinctions include live radio interviews, fundraiser concerts, television shows and being selected to write and perform a jingle for the world renowned Tampa Bay Devil Rays baseball team. A local Virgin Islands tragedy prompted him to write a song about ‘Stopping the Violence’ and further endeavors have led Bishop to use his music to assist with such humanitarian efforts as hurricane relief and  anti-drug campaigns.

Bishop was once signed with Darkside Productions, owned by Keith Howard, a sister company of Arista and BMG Records, Inc. Two of Bishops’ songs made #1 on The Top 40 list on New Artist Radio (NAR), an Internet radio station, based out of Salt Lake City, Utah, while simultaneously being played throughout the U.S., Europe, Canada and Australia.

As a result of his songs #1 status, Bishop was invited by NAR to perform live at their annual awards show, where he walked away with the prestigious New Artist Radio R&B Artist of the Year award. In mid-2005, Bishop entered a contest with the Recording Academy, Florida Chapter, and was named a semi-finalist in the Florida GRAMMY Showcase. He placed in the top 35 of more than 230 entrants.

Bishop Wayne was the opening act for Ryan Shaw at the well known Orpheum in Ybor City. Currently, he is performing live at local venues in Tampa but is working on dates for his national tour. Bishop’s first, full-length album “I’m Just Me” has  been digitally distributed globally by InGrooves/Universal Music Group and his latest single “Cool Az” has been picked up by CBS radio stations.  For more information about Bishop Wayne visit: