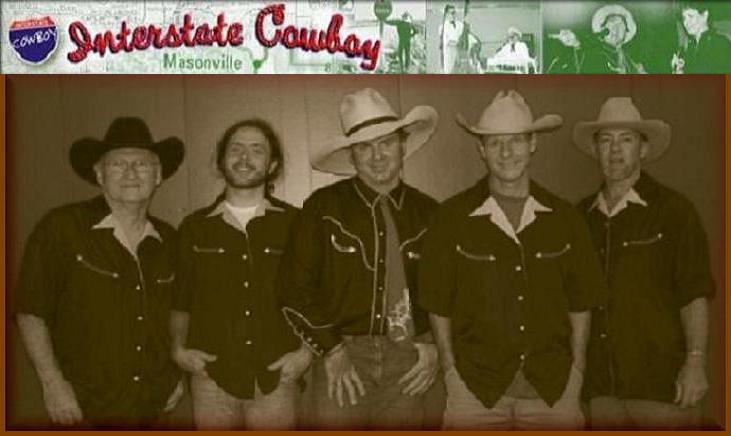 Based out of Colorado, Interstate Cowboy has been compared to everyone from Greg Brown, Chris Isaak and Elvis Costello to Commander Cody. A lineup that boasts some incredibly talented musicians  including Guitarist Grant Gordy (David Grisman). Upright bassist/vocals Gene Libbea is a two-time Grammy winner and former member of the Nashville Bluegrass Band.  Dick Meis, on steel guitar/vocals (Roger Miller, Loretta Lynn, Stonewall Jackson) with veteran drummer Oscar Dezoto.

Dirty Linen Magazine
“This band is stocked to the gills with talent … and songs ranging from groove fueled, guitar cranked with a predilection to romp!”