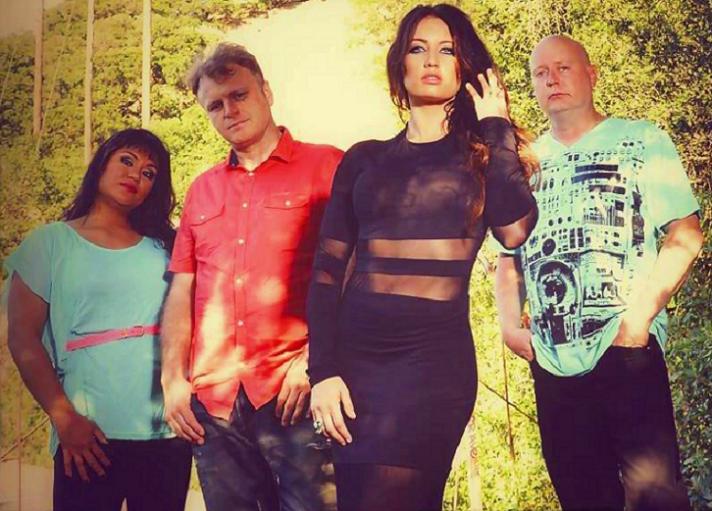 Luna Sopor is an original high energy rock band from the San Francisco Bay area, which began as the brainchild of Jeff Janow and Troy Szabo while working together in 2008. Shortly thereafter, Marie Szabo joined Luna Sopor as the band’s drummer and Jeff, Troy, and Marie started writing songs and performing together. The rock heavy sounds of Luna Sopor was forged right from the start, characterized by driving guitars and backed by a frenzied yet accessible rhythm section.

The four piece Bay Area band released its self-titled debut album in 2011, which was recorded at the famous Golden Gate Studio in San Francisco. The release received a lot of critically acclaimed airplay. The music continued going forward with a new addition of vocalist Jayne D. who brings a drive, attitude, and Rock and Roll signature to the chorus harmonies.

Lead guitarist and main-composer, Jeff Janow said, “The new disc is a bit harder sounding musically than our first album. Cobalt is hard-rocking stuff. The smoking hot tracks of “Future” “Cake” and “Candy Crush” has taken the band up to a new level — our new music has totally eclipsed our last album. We’ve also brought up the dynamics of this new release with a few commercially approachable songs such as “City Lights” and “North Star.”

Bassist Troy Szabo added, “With this new album, as with our last, the band has a desire and commitment to share positive, conscious messages. Luna Sopor is excited and proud to share their music with rock fans globally. For the latest news, releases, and concert updates, please connect with us on the web or via our social networks.”