Pink Elephants In The Living Room 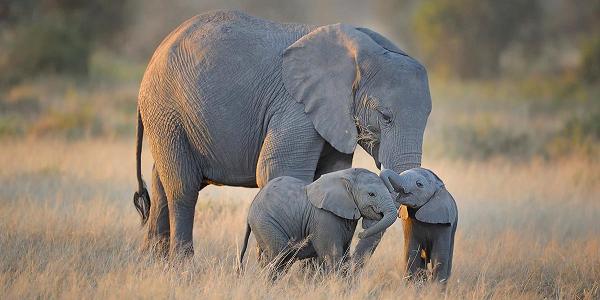 Everybody is talking about elephants again – as it should be. News on the internet spreads fast and millions of citizens around the world lifted their voice to let it be known that these majestic creatures are not fair game for their body parts as collector items for hunters and the illicit ivory trade. Tragically, a baby elephant will stay with its dead mother forever trying in vain to wake her up. This is one of the cruelest pictures we could toss out in the wild.

Call it what we will, but without millions of people being driven to vocalize their refusal to look the other way and not speak out loudly and clearly to defend the rights of our non-human companions who share their journey with us, we would all be doomed. Fortunately, activists get the ball rolling and supporters chime in to declare a permanent moratorium that could simply be called: Stop the madness.

A few years ago, some brilliant soul decided to take matters into their own hands and seeded an idea that was a total fantasy: Dye the tusks of elephants pink. In the dream the dye does not harm the pachyderm, cannot be washed off, and poachers move on because they can only sell the ivory if it is pure. Aside from that, the enormous pachyderm would not stand still long enough to allow anyone to stain its tusk pink, or any other color for that matter. Nothing stops a bad situation like a bunch of people who are opposed to pain and suffering and want to replace it with a loving intention – ask us.

We love elephants! Talk about us all you want…

In October 2015 a German hunter paid nearly £40,000 ($60,000 USD) to shoot one of the largest elephants ever seen (estimated to be 60 years old) after travelling to Zimbabwe for a 21-day “game hunt” that included elephants, leopards, lions, buffalo, and rhinoceros. Although animal populations are severely threatened, the ivory trade around the world is still a brisk business for the über rich who use the results of their kills to make collectibles, chess pieces, trinkets, or jewelry. Trinkets…

Female elephants are only fertile for three days every 5 years and have the longest gestation of any animal on earth: 22 months, or 660 days. This means that a female can produce a baby elephant (or two!) every seven years. Since 1979, elephant herds have shrunk by 50 percent due to unmonitored domestic ivory markets that fuel the illegal international trade. It is reported that as many as 35,000 elephants are killed each year in Africa. Not surprisingly, live elephants are worth far more as an attraction for tourists than an elephant that has been killed solely for its tusk.

Female elephants are only fertile for three days every 5 years and have the longest gestation of any animal on earth: 22 months, or 660 days. This means a female can produce only one baby every seven years.

The females stay together forever in a matriarchal society, with the oldest female in charge of a herd that numbers about 15 elephants. The bond between these gentle giants is so strong that we humans could learn a lot about commitment, respect, and family loyalty. The tribe is reliant on the matriarch’s wisdom and experience to guide them safely through their lives.

In the wild, male elephants stay with their mother until they are nearly grown, and then spend the rest of their lives as solitary roamers. Every few years they bump into their mom and first family, have a happy reunion with a lot of trumpeting and love, then move on again.

Thankfully, there are many organizations working diligently to stave off the greedy slaughter of animals for profit and body parts. For more than 40 years, the Sheldrick Wildlife Trust has been one of the Pioneers involved in the rescue, rehabilitation, and release of orphaned baby elephants, and actively works to conserve all wildlife and wilderness areas in Kenya, East Africa.  Sheldrick Trust cares for more than 100 species and is just one whistle stop we can visit to add our personal energy, voice, compassion – and money – if we choose. To date I have personally adopted 2 baby Rhinos and 1 Elephant. Life is good…

The only thing that has ever healed unloving situations in the world is love. Joining forces with others and applying the remedy where it is needed always works. Love never lets us down.

There seems to be an endless stream of sad stories everywhere. We work on one problem and a hundred more come to take its place. It can be very discouraging when lacks of love in the world grab all the headlines. This is an area where we could also turn around and go the other way — by insisting that the media shines a bigger spotlight on our successes through all the love action we witness here. We can also choose to keep adding our own voice and energy so that one by one all problems will vanish as love shows up to heal every situation. This revelation enables us to remain calm and serene in the face of all seeming adversity, with the unifying understanding that Love is the Answer.

If you enjoy our scribbles – please share with your friends on Social Media.
There’s enough love for everyone. Thanks for stopping by.