Sharpshooter Fires 150 Rounds At Eagle To Save Its Life 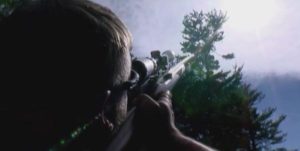 On June 30, U.S. Army Veteran, Jason Galvin, and his wife, Jackie, were spending the 4th of July holiday at their Rush City, Minnesota cabin when they spotted an American Bald Eagle dangling upside down in a tree with a rope wrapped around one leg. After notifying authorities about the crisis, they were told that the bird had been trapped 70 feet above the ground for days and that nothing could be done to save it. 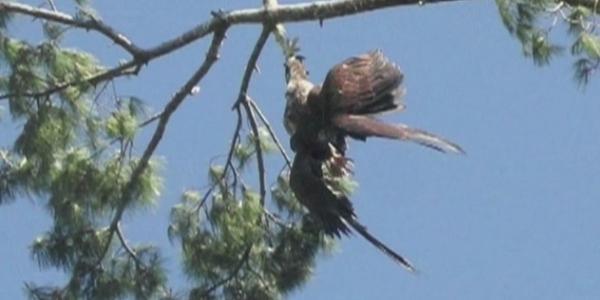 Unwilling to let the bird die on their watch, Jackie insisted that her husband use his sharpshooter skills to try and save the bird. She said the rescue effort took nearly 1.5 hours, and that a neighbor “loaned Jason his .22 caliber rifle as it had a  better scope than Jason’s. It was very windy and he only had about four inches of rope to shoot at.”

Jason ultimately fired 150 shots at the rope finally hitting pay dirt, releasing the bird to fall to the ground. After removing the rope the couple wrapped him in a blanket and the bird was taken to the University of Minnesota’s Raptor Center for his recovery. 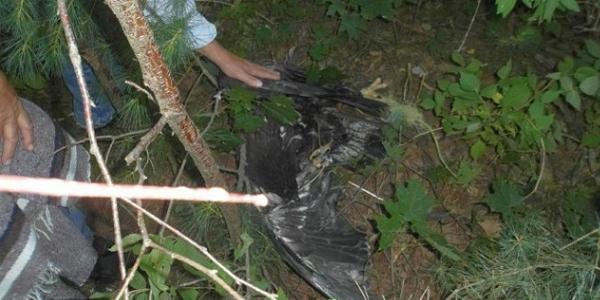 Freedom makes it to the ground and is rushed to a raptor hospital.

The couple decided to name the eagle “Freedom” and hope to release him close to their cabin when he is healthy. Jackie posted her story on Facebook, and closed with: “What an amazing hero. My Army Veteran saving an eagle on the 4th of July weekend.”

So, whatever side of the fence you straddle when it comes to gun control, this story represents one of the best scenarios that can happen when someone needs to use a gun to set things right. It also brings a perfect ending to America’s 240th birthday celebration, as the national bird is saved for glory and its future independence through an act of courage and concern by people who know and understand that Love is the Answer.