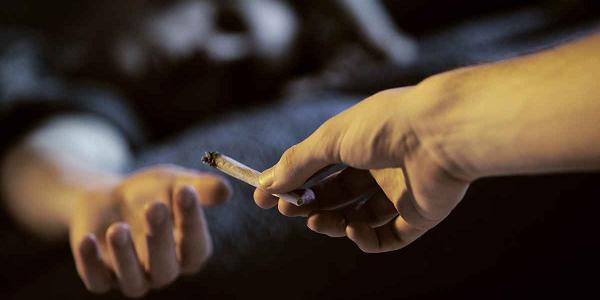 Despite all the news about decriminalizing cannabis around the world, a segment of society still has a Reefer Madness mentality etched into its psyche. And even though marijuana is the most popular “illegal drug” used worldwide, there are those who firmly believe that smoking pot is a gateway to hard drugs such as crack, cocaine, meth, and heroin (watch the Reefer Madness movie trailer here).

To this day, millions of people have been arrested and punished over the use of this plant – sometimes receiving life sentences in prison. In the U.S. nearly 700,000 citizens are arrested and charged for simple possession of marijuana each year. And yet, not too long ago, Americans could actually pay their taxes with hemp and faced imprisonment for not growing cannabis. In fact, “pot” has been part of the world’s landscape for nearly 12,000 years, and illegal for less than 100 years.

The website drugwarrant.com shares the tale of politics, greed, and corruption behind the war on pot here: Why Is Marijuana Illegal?

The legality of cannabis use varies around the globe. Possession is still illegal in most countries as a result of the 1925 International Opium Convention concerning Indian hemp known as hashish.

As of January 2015, Bangladesh, Czech Republic, the Netherlands, North Korea, Portugal, Spain, Switzerland, Uruguay, the U.S. states of Alaska, Colorado, Oregon, Washington, the U.S. cities of Portland and South Portland, Maine, and the District of Columbia have the least strict laws towards cannabis. Many states are currently considering the legalization of medical marijuana, while others still consider the plant to be the work of the devil.

The countries with the strictest laws for use and possession are China, Cuba, Indonesia, Japan, Malaysia, Philippines, Saudi Arabia, Singapore, and the United Arab Emirates. Offenders in some countries could spend years in prison for minor infractions, so awareness of the laws of the land is essential for travelers who indulge.

In the United States there are currently 24 states and Washington, DC, which have legalized medical marijuana. Colorado, Oregon, Alaska, and Washington State, have recently decriminalized marijuana for recreational use and report a cash cow in terms of revenue and taxes, and a significant drop in criminal activities in relation to this move. Colorado is also moving full-speed ahead to break into the industrial world of hemp merchandising. Washington, DC, lawmakers voted in favor of legislation that would legally regulate and license the production, distribution, and sale of marijuana in the District of Columbia.

The U.S. isn’t the only country making in-roads toward restoring marijuana’s legal standing. North Korea classifies pot as an herb and not a drug, while many European and South American countries have relaxed their laws and decriminalized possession of small quantities for personal use.

The world’s largest pro-marijuana demonstration was held on the streets of Santiago, Chile, on June 7, 2015. Hundreds of thousands of people (official estimates are between 250 – 500,000) showed up to ignite legislation reform for existing cannabis laws, including the right to cultivate plants for private and medicinal use.

President José Mujica of Uruguay backs a plan to make his country the first to create a state-run marijuana industry, claiming that “people seek crack and other more dangerous poisons when they have no access to marijuana.” His philosophy pretty much demolishes the idea of marijuana being a gateway drug to harsher substances.

In Australia cannabis laws vary from state to state, and in general marijuana is still illegal in the Land Down Under (except in South Australia, where cultivation for personal use is decriminalized). However several states have recently succumbed to mounting pressure and commenced medicinal cannabis trials for some “terminal or life-threatening conditions”.

Some areas still mete out harsh and strict punishment for growing, smoking, selling, using, or possessing marijuana. Recently, a Welsh father was sentenced to 10-and-a-half years for cultivating 5 marijuana plants on Malta.

On a lighter note Philadelphia, Pennsylvania Mayor Michael Nutter signed a bill into law to reduce the criminal penalty for simple possession of marijuana to a civil fine, much like a traffic ticket.

Colorado became the first state in the U.S. to make medical and recreational marijuana legal. On January 1, 2014, the progressive state became the “poster child” for things to come, in spite of committing federal crimes through the cultivation and distribution of weed. Federal arrests and indictments are not happening for growers and distributors in Colorado because a jury of their peers would never convict anyone of crimes in relation to marijuana. The citizens have spoken with their votes and legalized cannabis.

Just to highlight how rabid it can get, two neighboring states, Oklahoma and Nebraska, sued Colorado for legalizing marijuana. The Attorney Generals of the two states claim legalization has been detrimental to maintaining federal law and complicates their own efforts to keep pot illegal. The Supreme Court kicked the case brought by Oklahoma to the curb, citing it was high time to let the states take care of their personal business about this issue.

One Toke Over The Line

The legalization of marijuana and its hemp connection could very well turn out to be the kindest thing we have ever done for our world, once we tap into the never-ending benefits this plant has to offer us.

From an economic point of view alone cannabis will no doubt be responsible for millions of lucrative jobs worldwide. In 2014, Colorado’s legal marijuana market for medical and recreational use reached total sales of $700 million, and skyrocketed to nearly $1 billion in sales for 2015. Throw in the bennies from utilizing this plant for its medicinal properties and we have a perfect formula for healing on many levels that surpasses chemical derivatives of plants that are harmful to man.

The Winds Of Change

The National Organization for the Reform Of Marijuana Laws – NORML – states that their “mission is to move public opinion sufficiently to legalize the responsible use of marijuana by adults, and to serve as an advocate for consumers to assure they have access to high quality marijuana that is safe, convenient and affordable.”

The NORML Advisory Board includes star-studded personalities to add credibility and make it acceptable for “normal citizens” to feel safe in speaking out about all facets of the marijuana industry. Among others, the board includes Willie “Roll Me Up And Smoke Me When I Die” Nelson, Woody Harrelson, Bill Maher, Ann Druyan, and Tommy Chong, who are outspoken advocates to stop the war on pot.

Every Moondog Has Its Day

The world still has a long way to go to overcome the power of propaganda that is used to harm rather than heal. The good news is that with the information highway up and running at the speed of life it is getting harder and harder to lie and deceive the masses.

In the natural world, many animals are known to cop a buzz and will seek out their “drug of choice” to relax and have a euphoric experience. Legalizing cannabis is more than the idea of allowing people to take a puff and get high. The positive aspects of cannabis becomes more and more visible to us as it takes its rightful place as one of the most beneficial plants known to man.

At the end of the day most of us know in our heart that the solution for any seeming problem will always be solved by recognizing that Love is the Answer. 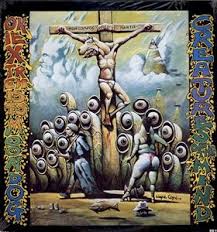 Music video by Oklahoma artist Moondog (Bob Moore) “Reefer Blues”, a sing-along with the refrain being “let’s legalize marijuana and pay off the national debt.” Taken from the album Creatures of the Mind, circa 1977.

Cover art  created by Wayne Coyne before he hit the big time with his band The Flaming Lips.