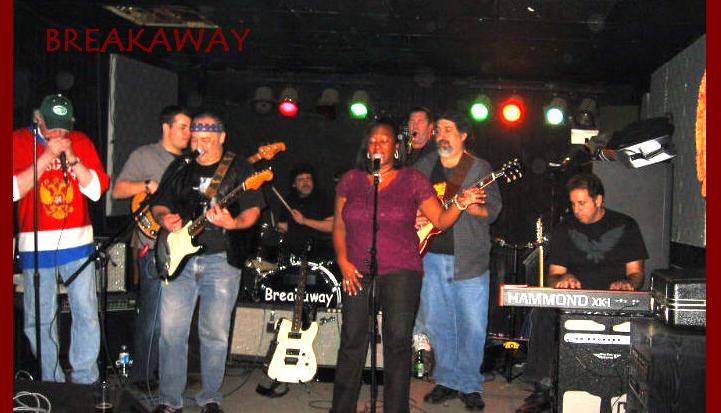 “Mulcahy’s became the house of Blues as  Breakaway began their set. The six-man unit turned heads immediately with opener  “Look Around”.  Breakaway  were perhaps the most seasoned and accomplished musicians in the line-up, as heavy Les Paul leads, sharp harmonica solos, and  three-part-harmonies put  them someplace on the scale between Led Zeppelin and The Band.”
– Good Times Magazine

If you love your Blues up close, personal, and in-your-face, Breakaway certainly fills the bill, as they play to packed houses and flood the dance floor with their highly polished and seasoned approach. With a couple of timeless albums to their credit, BREAKAWAY and LIVE AT THE VIKING this band is a force to be reckoned with.