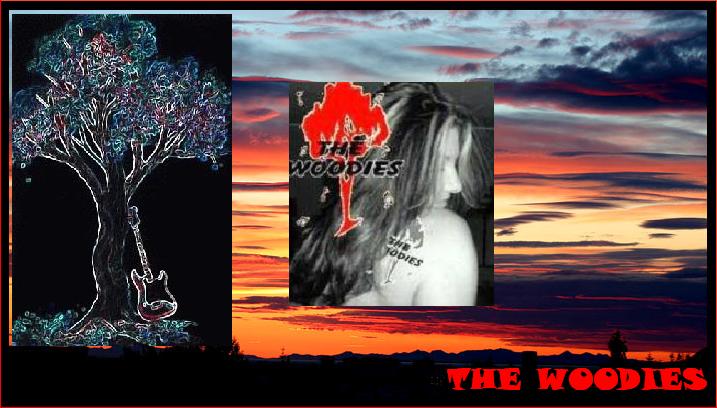 The Woodies are notorious for performing at many benefits, including The Kid’s Cure For Cancer.  Musical influences for the band range from Eric Clapton, B.B. King, Jimi Hendrix, Little Feat, to Freddie King. The Woodies band was formed out of the ashes of the Kindred Spirit in 1991, when John Lister and Paul Preziosi were first introduced. The two amazingly compatible guitarists met on a regular basis by saying, “Let’s get our woodies and play.” This became the most logical answer when asked, “Who are you guys?”…. The Woodies!

In 1993 Mike Engle, who had worked with Paul, was introduced to the band. He has been mixing sound, adding character as well as humor, playing bass, and singing ever since. In the same year while auditioning drummers, the backbone of The Woodies was found – Rick Bradeen. After witnessing him behind the drums, John asked him point blank, “What are you doing for the rest of your life?” In 1998, The Woodies released their first album No Goin Back.  Bob Bradeen, Rick’s brother, lent his amazing musical talents on the keyboard and the mandolin, as well as countless other instruments on this album and has been with the band since 1993.

In 2002, The Woodies were introduced to Shannon Stapleton. Originally, Shannon was just a guest singer, however, due to her stellar vocals, stage presence, and persistence, the band made her a permanent “Wood-ette.”

The Woodies have released their second full-length album Late Again and is currently working on their third album scheduled to be released any minute now! Hearing is believing!

Hear The Woodies For Yourself!     Sound Click   Web   MySpace