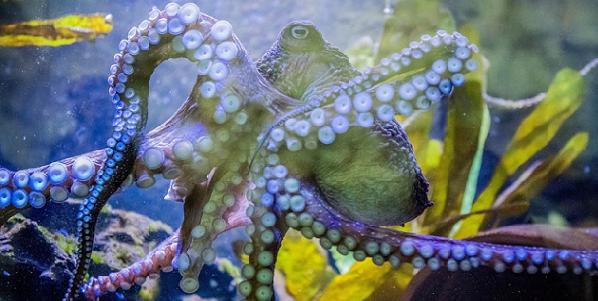 Can we admit it? Every creature, great and small, yearns for absolute freedom in this world. Many people still struggle with the idea that animals are sentient beings, and have deep feelings and alliances, just as we do. It seems to be expressed in a language most humans cannot speak or fully understand. Still,  those who have furry pets as family members will certainly provide a good argument for the fact that animals do have feelings, and an intuitive nature that rivals the most sensitive beings on earth.

Zoos and National Aquariums provide us with an intimate look at animals that are endangered, live underwater, or in locations that most of us will never visit. While it can be depressing to see elephants, lions, tigers, and bears held captive, perhaps there is a benefit in the mix that we  do not fully realize. One thing is for sure, without our fellow animal travelers, this trip would be lonely and bleak. And every being deserves our love, respect, and protection.

SeaWorld Under Water And Nearly Drowning

One remarkable example of how public perception can unravel a captive sanctuary recently unfolded at SeaWorld. The struggling Aquatic destination in San Diego, California, has killer whales performing tricks, and used as part of a breeding program that has suddenly been nearly decimated by social media citing cruelty to animals. To avoid a total shutdown of the operation, which has seen a nearly 20% decline in attendance recently, the orca whale program will end its theatrical performances in 2017, and no longer breed these animals in captivity. The current population of whales will now spend the remainder of their lives in the tanks at SeaWorld, and be viewed in a more natural setting and environment than that of circus performers. 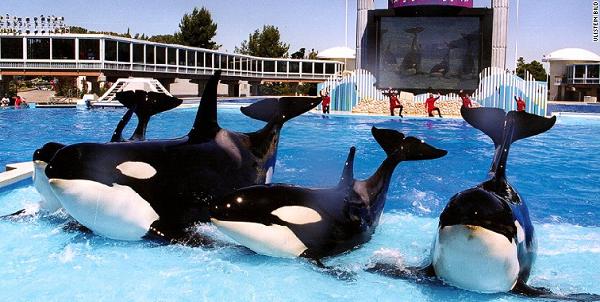 Killer Whale performance out of sync with natural lives.

The PR department explains in a pricey advertising blitz that to simply set these giants free into the ocean would almost certainly end in disaster and death for most of the orcas, since these great creatures have been born and raised in captivity. We will never really know …

In An Octopus’s Garden In The Shade

Inky the octopus lived in a tank at the National Aquarium of New Zealand in Napier, New Zealand, before his great escape, which nearly rivals Tom Hanks getting his redemption as Andy Dufresne booking it out of Shawshank.

Mr. Inky, who is about the size of a basketball, managed to squeeze through a gap at the top of his tank, hit the floor, and then in a reverse evolutionary move, slithered about eight feet overland to slide down a 160 foot drainpipe, and finally dropped into Hawke’s Bay on the east coast of New Zealand’s north island. Witnesses claim Slinky Inky was doing the backstroke, trying to catch his breath with a big grin on his face. Blotchy, the tank-mate that was left behind, ain’t talking.

It is believed that Inky managed to dig his way out a few months ago, but was only recently verified as missing in action. The hound dogs went on vacay and refused to chase this ‘Pus down, and were heard howling the words to “Born Free.”

Marine biologist, Alix Harvey, an aquarist at Britain’s Marine Biological Association, said “Octopuses are fantastic escape artists. They have a complex brain, excellent eyesight, and research suggests they have an ability to learn and form mental maps.”

An octopus is also capable of opening jars (this would have to be done in a very controlled environment!), can use coconut shells to build shelters on the bottom of the ocean, and would rather die than be held captive. Knowing this should make us think about crossing the octopus off our “food for thought” list.

Whatever, we wish Slinky Inky a long and happy life. It is easy to imagine that he reflects back with great fondness on those that cared for and fed him on dry land. Still, Inky is sending back the vibe that home is where the heart is, and Love is the Answer.